While growing up in Puerto Rico I had an intense relationship with multiple forms of Hip-Hop. Not only did the music, the bboying, and graffiti give me an outlet to express myself but it also allowed for me to share within the various communities around the island that partook in the same culture. Nowadays I continue my love for the graffiti element through digital painting. This piece in particular was heavily influenced by my fascination with ancient advanced civilizations as well as the old instances of hieroglyphics that were present during old times. I drew some lettering and outlined a mayan city landscape as well as a male character (based on a photograph by flickr user "Dakshinam") and painted them to create, "Mayan Ascent". My favorite part of the piece is the smear of make up on the Mayan character's cheek. It took me a very long time to get the effect but once I got the color blend right it was fascinating to see how the certain blends can add to the realism and texture that I was going for.
The mediums used were a Wacom tablet and pen in conjunction with Adobe's Photoshop. 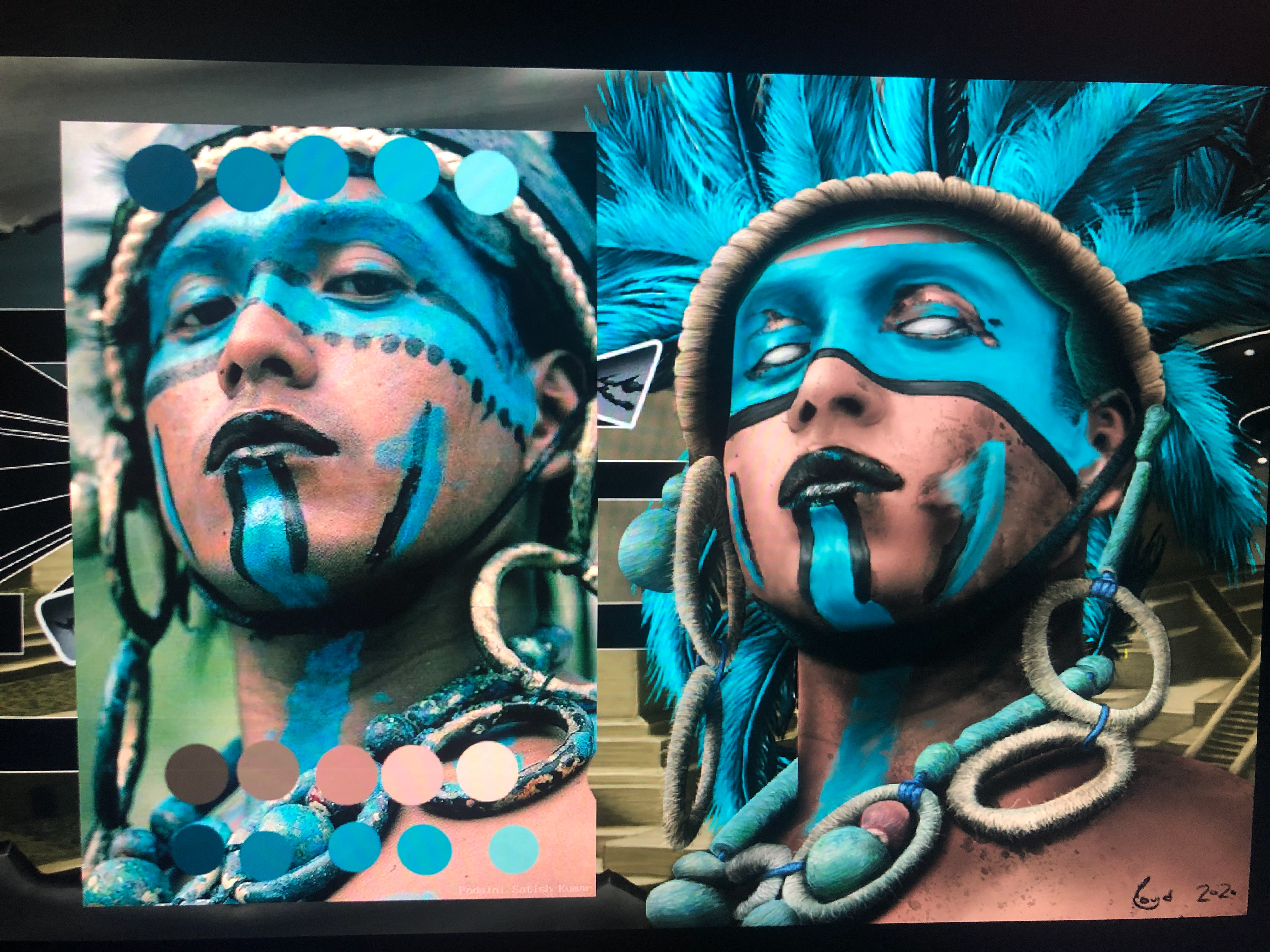 Heres the reference photo on the left and the character painting on the right. 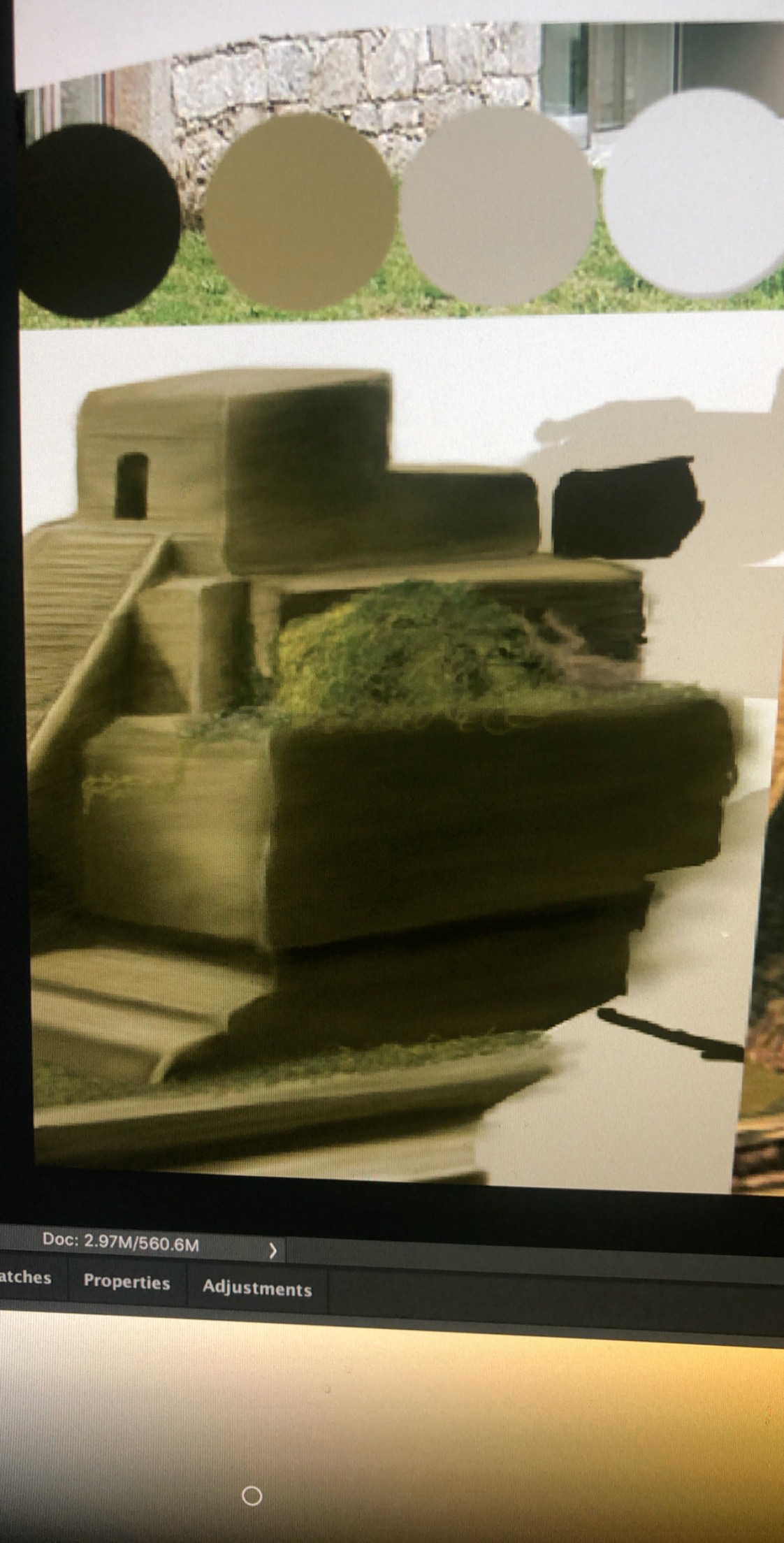 Some detail on the buildings and vegetation. 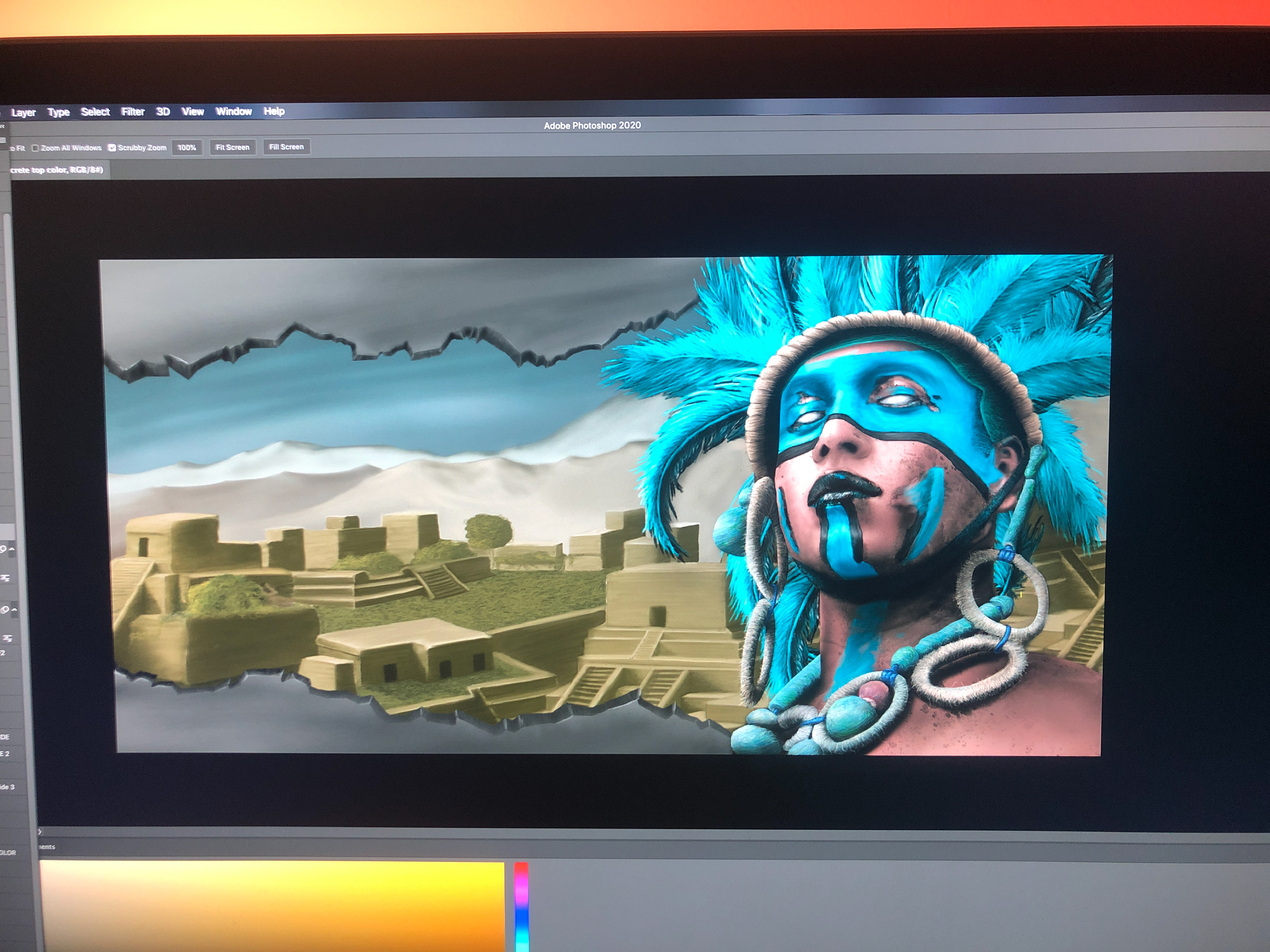 Here is the layout with all of the painted elements in place. 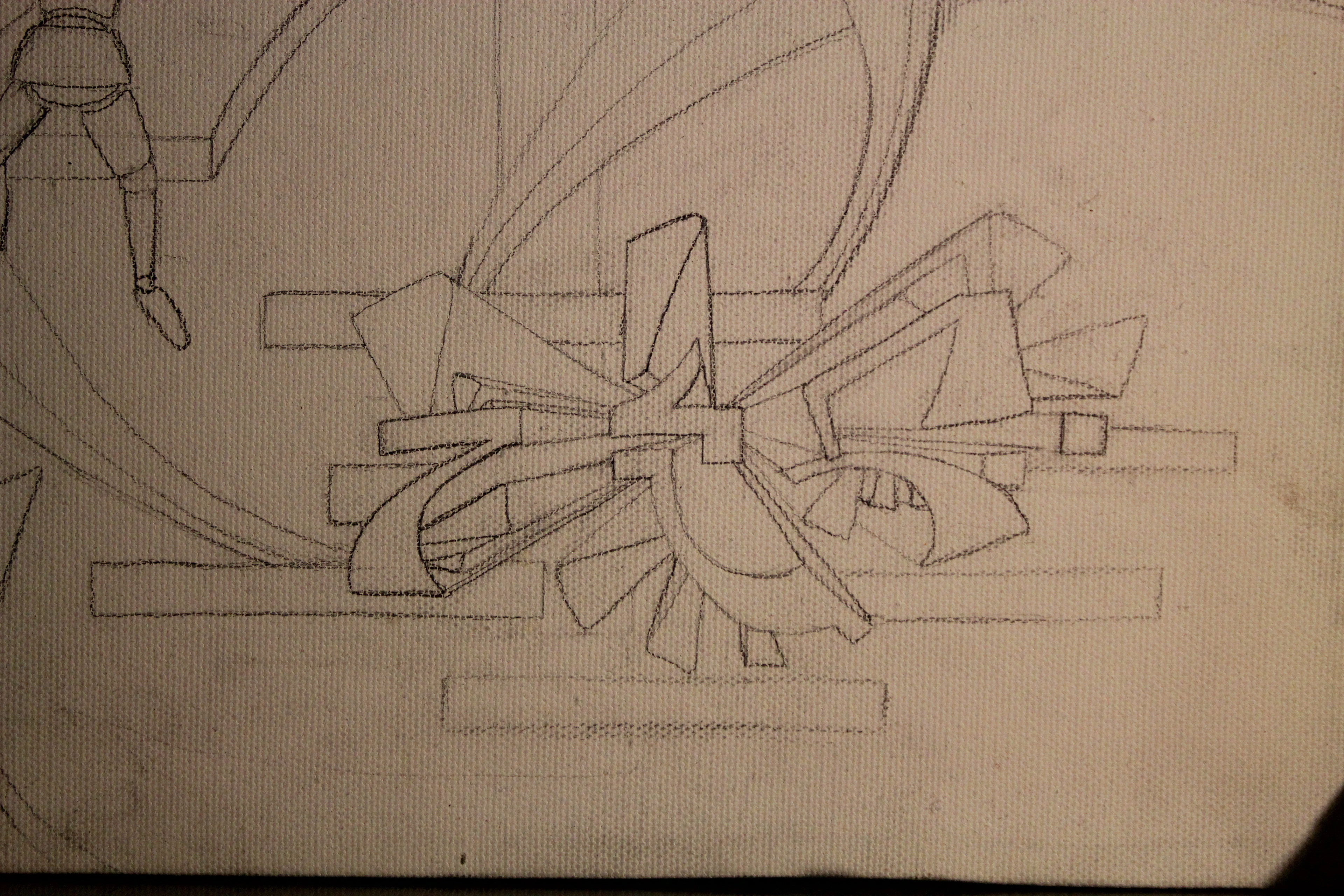 This was the original letter outline for the graffiti piece.